The following is a post that first appeared on the e-zine, A Hopeful Sign, for which I write monthly.  The site itself inspires me every day with its messages of positive living and the beauty of life.  Please look at it if you get a moment.

For me, the ability to process my life through language is one of my biggest gifts.  I write because it helps me make sense of the world around me.  Please enjoy this attempt to learn and grow as my children learn and grow. 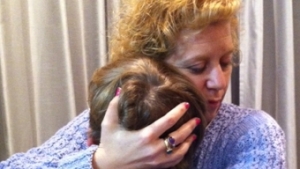 For twelve years, my life has revolved around kids and kid activities. Even though I have usually worked at least part time, my first priority has always been the munchkins.  I’ve been involved with their schools, done charity work with them, had dinner with them almost every night (except book club nights – those are sacred) and fretted over every whim and trifle that has come into their lives.  However, about two weeks ago, I had a glimpse into my future – my kid-free future.

That week my daughter’s school had a few days off for a mid-winter holiday, or as it’s commonly called, a ski break.  I couldn’t get the days off from teaching, so I sent her with a good family friend on a community ski trip.  My son was headed to the Valentine’s Day dance on Friday night.  On Thursday, we got word that since the flu was so rampant in his school, they were cancelling the dance – too many pre-teens in close proximity to each other.  Of course my son was upset, but only for a minute.  He and his friend cooked up the idea of a double date to the movies.  We had discussed it a few days earlier and agreed that if the dance went well with the girl he was taking, that perhaps in a few weeks, he could ask her to the movies in a sort of group date.  After speaking with a few of the other mothers, we had all agreed that the plan was fine.  Well, the dance was not happening and I couldn’t think of a good reason why the group “date” thing would be okay in a few weeks, but not right that minute.  It was one of those parenting moments when it took all of my self-control not to shout, “I’m not ready!”

My husband has spent the balance of this winter working at a client site away from home, so he wasn’t in town at the time.  It was left to me to handle this date thing.  I got home from work at 5pm, and Bailey had to leave for the movies at about 5:30.  He had had a snack and planned to eat something at the theater.  He had some money in his pocket and was prepared to spend it on his own movie ticket as well as the girl’s.

A second or two after I got into the house, Bailey said, “Mom, Star Trek is on.  Can we sit on the couch for a few minutes to watch?”

Certainly I wasn’t going to refuse.  He actually sat right next to me on the couch, his legs touching mine.  Bailey is a snuggly kind of kid (don’t tell him I told you) and he leaned right up against me slouching a little so his head was on my shoulder.  I didn’t dare move a muscle; I just squeezed his leg a little.  I sat there with my son staring at the meaningless flickering images before me, going through all the moments in the past that led us here, to this day, to this moment.  The baby of my heart, as I had called him all his life, was becoming the young man I knew he could be, and he still stopped for a moment to put his head on his mother’s shoulder.

After about fifteen minutes, he jumped up suddenly, proclaiming that he really had to go if he wanted to be there on time.

I jumped into action with him, making sure he had his phone and his wallet in his pocket, and reminding him to come right home after the movie. Tokyo is an amazing city.  Without a moment’s hesitation I could let my twelve-year-old son head out to the movies on his own and wait for him to come back without worrying about his safety.  He promised, kissed me, and threw a vague “love you” over his shoulder in my general direction before zipping off down the street.

And I went back inside the house from my perch on the front stoop.  I shut the door.  I stood there staring at it for a second, and then, without warning, I sat down hard on the floor and burst into tears.

My husband was away on business, my daughter was up skiing, and my son had gone out on a movie date.  It was Friday night and I was home alone with nothing to do.

That’s what I mean about seeing into my future: the kids were busy and I would have to think up something to do all on my own.  There was no one to whom I was responsible for the next three plus hours and my time was my own to fill however I liked.

At first the idea of that much time alone felt scary.  I missed my babies. I missed the running after them, the picking up after them, and even, in a weak moment, bathing them.  I couldn’t help but think of the past few years of nightly homework patrol and activity shuffle.  All of that was eventually going to come to an end and for the first time I could picture that alternate reality.  Those two amazing kids would probably become amazing adults with whom I’d hopefully have a great relationship, but at some point, they would be on their own and I would have a different life.

It took me a few minutes to pick myself up off the floor.  It was cold down there, though, and the kitchen would be warmer.  Then I realized that I could eat the leftovers from the night before all by myself.  In fact, I could make popcorn and eat the whole bag.  Perhaps I could even put on a chick flick and stretch out on the long sofa that I was all mine for a few hours.  Wait a minute!  This wasn’t going to be all bad after all!  A long time ago, a friend once told me that the purpose of an education is so that you’re never bored.  I am almost never bored and I wouldn’t be bored or feel sorry for myself this night either.

When Bailey came home around 9:30, he found me watching the end of an episode of a crime show that I like.  I am always glad to see him, but not often that glad.  It had been a great time by myself, but I was ready to hear about how he didn’t eat much because his arm was occupied around the girl and how he had walked her home (she lives hear our house) first and that he couldn’t wait to do it again soon.  I heard that it was fun with the other friends and that he enjoyed the movie.

Foolishly I had thought that parenting only involved watching the children grow and change on a daily basis.  Before that night, I never thought about the changes in me in response to the growth of the children. But as with every move we’ve made or new job I’ve taken, I will now be aware of the need to be flexible and at times, maybe even reinvent myself.  It’s all part of the journey that my son – and daughter – and I are taking together.