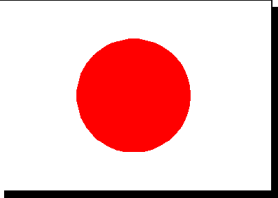 My friend has this theory that all expats in Tokyo who were here for the events of March 11, 2011, have some sort of latent Post-traumatic-stress-disorder.  At first I pooh-poohed her idea, but as time as marched on toward the end of the school year for expat kids, I’m embracing it more and more.

Perhaps I say this every year, but this year seems particularly difficult as far as the number of  families that are planning to leave at the end of the school year in June.  In the past two weeks, I have been to a million lunches where it becomes a “last time” sort of sayonara visit together, and I have a lot more to go in the next four weeks until we go.  I’m sure there are official numbers of the shrinkage of the expat community – and I’ve heard numbers up to 20% – but I see anecdotal evidence of it every day.  This is the first full year after the earthquake, and there’s still seismic activity in the expat community, brought on by the economic situation that was exacerbated by the events of 3/11.

According to my friend’s theory, there are 3 types of expats in Tokyo post 3/11.  There are those who dig in their heels, insist that this is their home and they aren’ t leaving.  I admire these people a lot – especially those who do not have one partner who is Asian. They know Japan and they are certain of what is right for them.  And then there are the people who are leaving because of the economy, the job situation, whatever – they’re going.  At least we don’t hear too many people saying that they’re leaving because of radiation fears anymore – or earthquake fears, but that’s another story altogether – we all live with that threat every day, even the Japanese.  But we have to face the reality, as expats, that sometimes the feasibility of living here, which was once so great, is becoming less so.  The exchange rate is down – the yen is too strong – and Tokyo was an expensive city in which to live even before factoring in the exchange rate issues.  The people who work here have to work ridiculous hours because that’s what Japanese business demands, and family life suffers.  And let’s face it, if an employee is unwilling to work the insane 50-60+ hours per week, the firm can find someone who will.  Easily.   So there’s a group that is just throwing in the towel and going home. (Forgive me, dear readers, if you don’t fall into this category if you’re leaving – I’m generalizing to make a point)

Of course then there’s the third group, who says they have no idea when they’re leaving here, but it could be any day or it could be never.  These are the people who are scared.  They live in limbo and they’re watching their friends be decisive and leaving.  It’s a tough space in which to exist, and I fall into this camp.  My husband’s job is great and the kids’ schools are fantastic.  My husband works long hours, and weekends, but that would be happening wherever we are in the world – he’s an attorney. It’s expensive here, I have no idea how long we’ll stay, and some of  my closest friends are leaving.  I can’t help but sit here and wonder: do they know something I don’t?

I do not want to make it sound like I’m sitting around being upset or anything.  I am fine and going about business as usual.  I love living in Tokyo as much as I always have and there are no plans for us to go anywhere as of now.  I have also spent a fair amount of time connecting with friends who ARE staying, and reminding myself that I will indeed have a lovely life to which to return in August.  I am so lucky to know the women that I do, who make my life richer every day.  It’s just that August this year will be different.  It’s always different, but it will be differently different.  Japan and the expat community living in Japan have a lot of work to do to get into the state of New Normal that is coming down the pike.  Uncertainty is never attractive.  But if we can all keep our spirits up, and be aware of our latent PTSD, I think there can be wonderful opportunities afoot as well.  We just have to keep our eyes wide open and jump in with both feet.  No amount of whining is going to make it better or different so my plan is to just embrace it as best I can.  Your support is appreciated.